I know I am late in the day posting, but I was spending the day with my eccentric, loving, crazy, huge, loud, and utterly wonderful family. I just wanted to share what I received for Mother's Day because my little girl was very, very proud of herself. She made these for me at school: 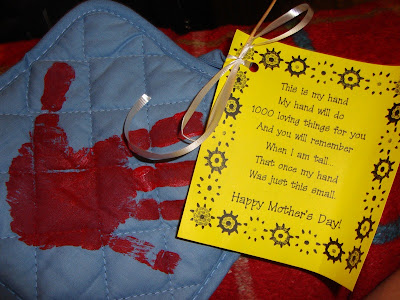 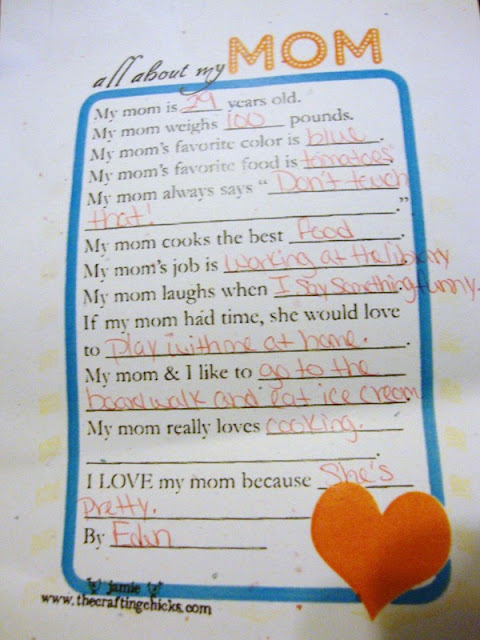 She got my age wrong, but at least she got my weight right! *winks*

Last week, her "poppaw" took her shopping for my present. He told her to pick whatever she wanted to get for me. She is obsessed with Build-A-Bear Workshop, so I was not surprised when she brought me one of those infamous white and blue cardboard houses. I must admit that I cracked up when I saw the bear she made. 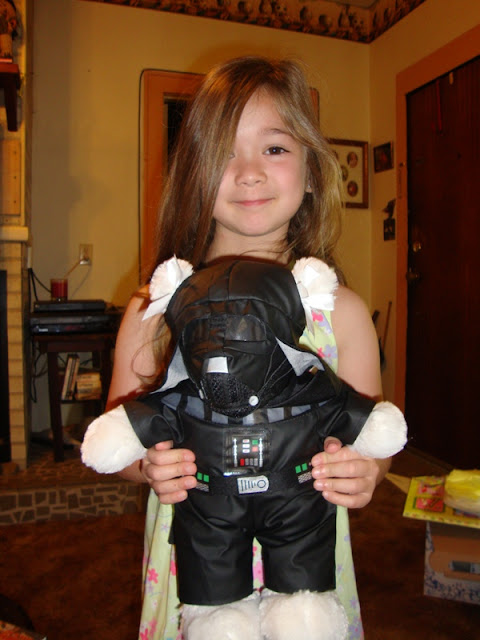 And what is even more hilarious than the white bows on Darth Vader's ears is that it plays Pomp and Circumstance when you press his foot. She thought it was the Imperial March. (Sorry, John Williams, I will try harder.)

My mother also did shopping with my spawn to find me a present. I seriously doubt the little one had much to do with choosing the ring I got because she inherited her shopping technique from me. Basically, if it's not something we're personally interested in (like Build-A-Bear in her case), we'll just pick the first thing that we come to so we can leave ASAP. The ring was too perfect to be the first thing she came across. 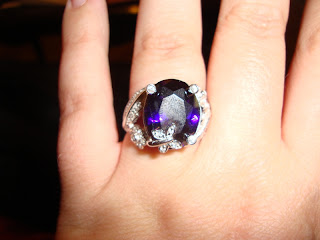 I know my meaty paws don't do it a lot of justice, but I think it's pretty. I don't have any silver and amethyst rings, and the purple is almost dark enough to be a blue color. And yes, I have already smudged the stone. I have a five year old who likes to touch - sue us. :-)

So I guess that was like a Mother's Day version of IMM - which I had scheduled to post well before I could make it home to edit it. I hope all of you mothers out there had a wonderful Mother's Day, and all of you who are blessed enough to still have your mother or mother-figure around had a great time with her.
Email ThisBlogThis!Share to TwitterShare to FacebookShare to Pinterest