Book Thoughts: Harry Potter and the Goblet of Fire

This isn't a review or anything of the book, just something that came to mind as I was listening to the book in the car. I generally try to reread the Harry Potter books - with the exception of the last two - during the fall, into the holidays. Being as I'm reviewing books now and forcing myself outside of my cozy little reading box, I've been listening to the audiobooks in the car. This is my first time in experiencing the series in this format, and it is definitely worth it. (Jim Dale might just rock my world a little.) Since the books are being provided to me in someone else's voice, there are things that I'm noticing because my mind has more free time to wonder.


Why did the Ministry of Magic never find Sirius Black?!

Yes, I'm very well aware that he was in hiding, but something occurred to me while listening. 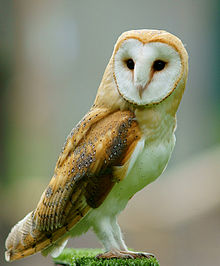 When Ron Weasley snatched up Pigwidgeon at the Owlery in Harry Potter and the Goblet of Fire and threw him out the window to deliver Harry's letter, it made me why the Ministry never tried something like this.

Couldn't they have used an owl with a tracking spell to search him out?

I'm sure that some wizard (Snape, for example) could have magicked some parchment since it's simple enough to assume that Harry and Sirius would be corresponding.

Yes, I realize that the story would not have been nearly as good if any of those scenarios had played out, but I seriously thought about this most of the day.

Has this occurred to any of you? If this has been addressed anywhere (and I'm sure it has), how was the idea dismissed? I'm interested in reading your thoughts.
Labels: Adventure, Book Thoughts, Fantasy, Harry Potter, J K Rowling, Magic, Middle Grade
Email ThisBlogThis!Share to TwitterShare to FacebookShare to Pinterest