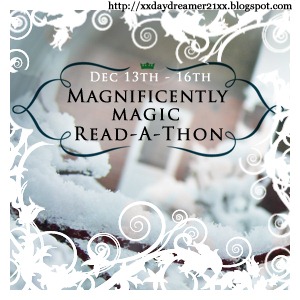 Since I only have a million other things going on, I thought I would sign up for a read-a-thon! The lovely Faye at a daydreamer's thoughts is hosting, and I've really been looking forward to it. I know that I'm not going to be able to read a lot, but I am challenging myself to read three books (with one as back-up) before midnight on December 16th. None of these are really review books, but books that I really would like to read. Since it's just the weekend, it won't hurt things a bit to take a few days away from review books!

What I Plan to Read


Nicholas St. North and the Battle of the Nightmare King (The Guardians #1)
by William Joyce 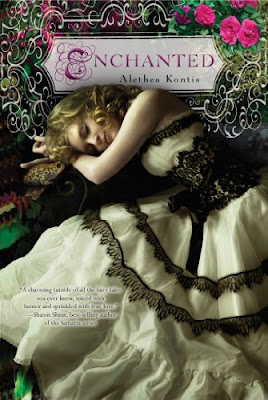 It isn't easy being the rather overlooked and unhappy youngest sibling to sisters named for the other six days of the week. Sunday’s only comfort is writing stories, although what she writes has a terrible tendency to come true.

When Sunday meets an enchanted frog who asks about her stories, the two become friends. Soon that friendship deepens into something magical. One night Sunday kisses her frog goodbye and leaves, not realizing that her love has transformed him back into Rumbold, the crown prince of Arilland—and a man Sunday’s family despises.

The prince returns to his castle, intent on making Sunday fall in love with him as the man he is, not the frog he was. But Sunday is not so easy to woo. How can she feel such a strange, strong attraction for this prince she barely knows? And what twisted secrets lie hidden in his past - and hers? Sookie has a murder investigation on her hands.

A young girl has died at a vampire party - and it looks as though her lover, Eric, might be responsible. Eric swears he didn't do it, the police don't believe him, and even Sookie isn't so sure. Nor is she inclined to take his word for it, not having caught him enjoying the victim's blood minutes before she was killed.

But something strange is going on. Why had Sookie been asked to come to the fateful party a few minutes early - just to catch Eric in the act? And why had the victim spiked her own blood before approaching Eric? Was it simply because she wanted to be irresistible, or was it something more sinister?

Sookie will have to find out ... but it's the worst moment to investigate, as her Fae family are having troubles of their own and Sookie is, inevitably, drawn in. And there is one last complication. The cluviel dor her grandmother left her. It will grant her one wish, which could fulfill Sookie's heart's desire. The only problem is, she still doesn't know what - or who - her heart truly desires ...

I'm already behind because of work *grumbles* but I'll hopefully have the first book in The Guardians series read by tonight. If you're taking part in this read-a-thon, too, then be sure to leave me a link!