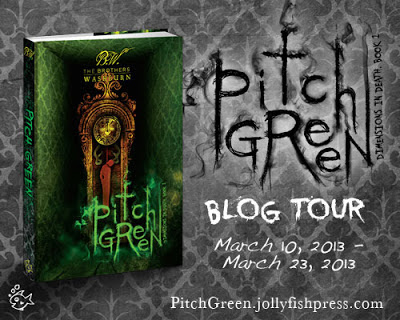 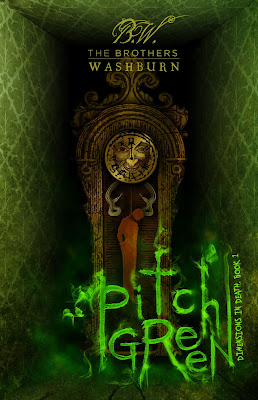 Trona is a small, smoggy, mostly insigniﬁcant town in California. Besides a booming chemical plant, the only thing that characterizes this dismal town is dirt, sagebrush, and an enormous abandoned mansion.

The mansion is, admittedly, the only notable addition to Trona, but it’s something everyone tries to avoid due to its creepy facade. Everyone except for Camm Smith, who is obsessed with the need to get inside.

Seven years earlier, as Camm herded a pack of little trick-or-treaters past the mansion, her young neighbor, Hughie, disappeared, becoming one of the many children who have vanished from Trona over the years without a trace. Now a senior in high school, Camm is still haunted by the old tragedy, and is sure the answer to the mysterious disappearances lies hidden somewhere in the decaying mansion. Joining forces with her best friend, Cal, who also happens to be Hughie’s older brother, Camm naively begins a perilous search for the truth.

As things spiral quickly out of control, and others die, Camm and Cal discover it will take all their combined ingenuity to stay alive. An unseen evil lurking deep within the bowels of the mansion is now hunting them. To make matters worse, they become entangled with hostile federal agents, who will do all they can to keep old secrets permanently hidden.

Left with only their wit and seemingly ineffective ﬁrearms, Camm and Cal know time is running out. Unless they can make sense of the few pieces of the puzzle they manage to unearth, their lives are in danger, and like so many others before them, they may also disappear without a trace.


Honestly Scary
by Andy Washburn (of The Brothers Washburn)

Telling spooky stories for a living is an interesting, if not a bizarre, livelihood. Both Berk and I have always enjoyed hearing and telling good stories. Some would say that a large part of being a trial attorney (my previous occupation) is knowing how to tell a good story. But, it is one thing to just tell entertaining stories, which we enjoy, in and of itself, and an entirely different thing to want to tell a story that will scare the dickens out of your audience. That is taking the art to a whole new level. Whether or not that is a higher level is open for debate.

Berk and I were told scary stories as a basic part of our growing up experience. I don’t remember a time when we weren’t telling each other spine chilling tales. As a child I can vividly recall lying awake for hours after hearing a horrifying saga told right at bed time; thinking that every creaking noise, every whisper of the wind, was the latest monster coming to eat me.

I can also vividly recall as a very small child, maybe three or four years old, the night some mysterious thing came scratching on the window screen of our bedroom, which was an extra room built on the back of the house. Not only did it scare me, but it scared my two older brothers, Berk and Allen. At my tender age, I knew that if the big boys were frightened, then there must really be something to be frightened about. Turns out, it was our mom, bringing the clothes in from the line, who took a stick and used it to scratch on our window screen.

Our mom, now deceased, was not above scaring her own children, or anyone else for that matter. She told me several times about once, when still a newlywed, she snuck up the basement stairs and flung the kitchen door open, shouting “BOO!” startling her mother-in-law, sister-in-law, and two year old niece. Grandma Washburn was not fond of those types of hijinks and pointing an accusing finger at my mother exclaimed, “For Shame!” By the time my father got there to see what was going on, everyone in the room was in tears.

That did not cure my mother though. She loved to scare anyone and everyone. It is with special fondness that I recall one Halloween. I was in junior high, and my older brother and sister, Allen and Linda, received permission to throw a Halloween party at our house for their high school friends. (Berk and Ann were both gone to college at this time). There were treats, soda, and games in which even us younger kids were allowed to participate. But the culmination of the party, its climax, was a scary story told by Mom.

I wish I remembered more of the details of that story. I only heard it that one time. I should get together with Allen and Linda sometime and see if we can recreate it. (This was, after all, over forty years ago.) It was a story our mother made up on her own, as she often did. She said she woke up at about 2:00 am, and the story just came to her as she lay in bed.

It didn’t have much of a plot. I do recall it had to do with a band of outlaws that had terrorized our high desert countryside during the nineteenth century. The way Mom told it, the ghosts of those outlaws were still plundering and pillaging. She told several snippets about people running into the ghosts and the results of their awful meetings. I also remember something about a man hanging by his feet from the ceiling with half his head missing.

The story was told in our living room, with Mom sitting on the hearth of the fireplace. All those teenagers, about twenty or so, sat on the floor around her feet. All lights were turned off. Only a few rays from the streetlight outside managed to find their way into the room. Mom told the story in a hushed and grim voice, as if every word was true. She sounded as if she was sounding a deadly-serious warning.

She was about half way through the story before some of the girls started to whimper and whine. The boys were “obviously” too brave to complain, but at one point, one of the older boys suddenly got up and left the room. He didn’t come back until the story was over. One girl called out twice during the story, claiming she saw someone sneaking by the windows. Of course, whenever she hollered, everyone else did too, even though they didn’t know why.

She was correct! What she saw was Allen sneaking around the side of the house to where he had unlocked a window. Just when my mom reached the zenith of horror in the story, Allen opened the window and started to climb through it into the house. He was wearing a full-head mask that he had painted with glow marks along the dark-red gore painted on the distorted face.

The screaming and crying was glorious. Even some of the guys screamed. Finally one of the boys yelled out (with more panic and stress in his voice than I’m sure he would have liked), “It’s Allen! It’s Allen! I know it’s Allen!”

It still took a minute to get everyone calmed down. By the time Allen removed his mask only a few of the girls, and maybe one of the boys, were still weeping.

How much fun was that? The best Halloween EVER!

So, perhaps Berk’s and my love for scary stories is nothing more than a chromosomal phenomenon. (I could just say “we came by it honestly”, but how trite is that?) However we came by our fascination for horror stories, we love them, and hope to keep telling them for a long time to come. We might even make a little money at it. Mom would be so proud. 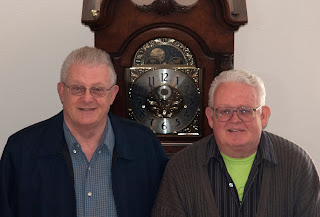 The Dimensions in Death series is merely the beginning of the ingenious and spine-tingling world of the Brothers Washburn. Be on your guard, people, there is a new Grimm in town.

March 13th
The Insane Ramblings of a Crazed Writer

March 14th
The Cover by Brittany