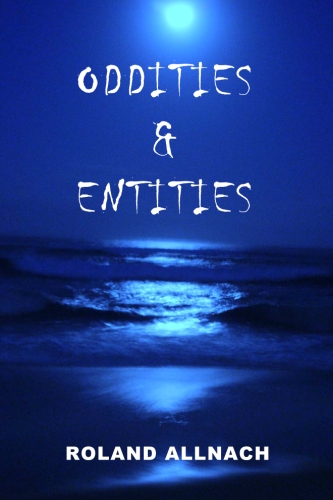 Oddities & Entities is a surreal, provocative anthology of six tales within the supernatural/paranormal/horror genres, exploring a definition of life beyond the fragile vessel of the human body. The stories are: Boneview, in which a young woman struggles to balance her ability to see through people with the presence of a supernatural creature in her life; Shift/Change, in which a hospital worker struggles to regain his memory as he is confronted by a series of desperate people; My Other Me, in which a lonely college student finds himself displaced from his body by his alter ego; Gray, in which a frustrated man is stunned to discover a little creature has been living in his head; Elmer Phelps, in which a brother and sister find themselves linked in a strange reality by a bat bite in their youth; and lastly, Appendage, in which a cynical mercenary is hired by his son to protect a research lab on the verge of a stunning discovery.

E-readers vs. the Printed Book
by Roland Allnach

A few years ago Amazon introduced an interesting idea: the Kindle, a small device on which to read electronic copies of books. Since then, a growing field of e-readers has contributed to the reshaping of the publication world and the way readers interact with their books.

As an old-fashioned book lover I was skeptical of e-readers, and to some extent I remain so. Although I don’t have an e-reader, my younger son has a Nook, and it’s allowed me to reconsider the reality of e-readers.

I’m very selective about what I read, given my limited time and my nit-picking discretion. I buy books that I feel will continue to hold my interest after the initial read, whether they are literary works, historical works, or mythological works. As an author, my reading choices are guided by the very things I desire to bring to my own stories. On the other hand, I’ve always loved the physical act of holding a book, turning a page, the faint scent of ink, the texture of the pages themselves, even the considerations of the cover art. Books mean a great deal to me, so holding a physical copy reaffirms the book’s presence in my emotional existence.

My younger son is in quite a different place. He has to read for school, and he reads a great deal on his own, but, given his age, his reading choices are more casual. It makes sense not to compile a collection of books he might not have any inclination to read again. When it comes to books he really enjoys, though, he wants a physical copy to add to his book collection.

So, what’s the conclusion? I think we have to understand the mercurial nature of our individual tastes. It’s wonderful that e-readers allow for more reading exposure; I would never criticize anyone for reading ‘too’ much. But I think we should view the impact of the e-reader as confirmation that books make a unique impact on individuals. Just as one might love a painting, and obtain a print of said painting rather than keep a picture of it on a computer, I think when readers find a book that wends its way into some private part of their being that they will seek out a physical copy.

In that sense, I think of the e-reader more as a screening tool. A book is an investment of both time and finances. Given the cost of physical books, readers might be more willing to explore a book on an e-reader, for a fraction of the print cost. And, if the book doesn’t grab, it’s simply deleted. When I do book signings, I look at the signing not just as a way to sell books at a table, but as a way to build after-sales by reminding people that my books are also available on e-readers.

Comparing print books to e-readers is more a case of apples to oranges than outright competition. Both have their place in the worlds of publication and reading. E-readers certainly mark a change in publishing, a change that is here to stay, but I don’t think old-school print lovers have anything to fear. Just like people, books that have a soul transcend the hollow digital world, and readers will want to hold and keep them. 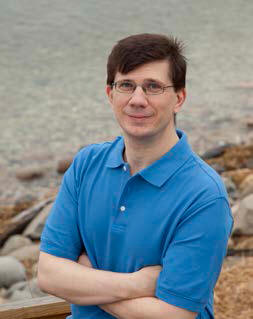 Roland Allnach has been writing since his early teens, first as a hobby, but as the years passed, more as a serious creative pursuit. He is an avid reader, with his main interests residing in history, mythology, and literary classics, along with some fantasy and science fiction in his earlier years. Although his college years were focused on a technical education, he always fostered his interest in literature, and has sought to fill every gap on his bookshelves.

By nature a do-it-yourself type of personality, his creative inclinations started with art and evolved to the written word. The process of creativity is a source of fascination for him, and the notion of bringing something to being that would not exist without personal effort and commitment serves not only as inspiration but as fulfillment as well. So whether it is writing, woodwork, or landscaping, his hands and mind are not often at rest.

Over the years he accumulated a dust laden catalog of his written works, with his reading audience limited to family and friends. After deciding to approach his writing as a profession, and not a hobby, the first glimmers of success came along. Since making the decision to move forward, he has secured publication for a number of short stories, has received a nomination for inclusion in the Pushcart Anthology, built his own website, and in November 2010 realized publication for an anthology of three novellas, titled Remnant, from All Things That Matter Press. Remnant has gone on to favorable critical review and placed as Finalist/Sci-fi, 2011 National Indie Excellence Awards; Bronze Medalist, Sci-Fi, 2012 Readers Favorite Book of the Year Awards; and Award Winner-Finalist, Sci-Fi, 2012 USA Book News Best Book Awards. Roland’s second publication,Oddities & Entities, also from All Things That Matter Press, followed in March 2012. It, too, has received favorable critical review, and is the recipient of four awards: Bronze Medalist, Horror, and Finalist, Paranormal, 2012 Readers Favorite Book of the Year Awards; Award Winner-Finalist, Fiction/Horror and Fiction/Anthologies, 2012 USA Book News Best Book Awards.

His writing can best be described as depicting strange people involved in perhaps stranger situations. He is not devoted to any one genre of writing. Instead, he prefers to let his stories follow their own path. Classification can follow after the fact, but if one is looking for labels, one would find his stories in several categories. Sometimes speculative, other times supernatural, at times horror, with journeys into mainstream fiction, and even some humor- or perhaps the bizarre. Despite the category, he aims to depict characters as real on the page as they are in his head, with prose of literary quality. His literary inspirations are as eclectic as his written works- from Poe to Kate Chopin, from Homer to Tolkien, from Flaubert to William Gibson, from Shakespeare to Tolstoy, as long as a piece is true to itself, he is willing to go along for the ride. He hopes to bring the same to his own fiction.