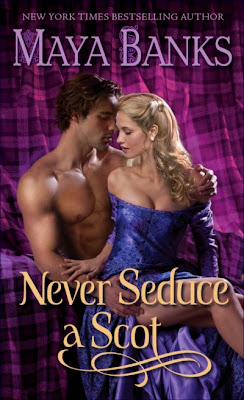 Eveline Armstrong is fiercely loved and protected by her powerful clan, but outsiders consider her “touched.” Beautiful, fey, with a level, intent gaze, she doesn’t speak. No one, not even her family, knows that she cannot hear. Content with her life of seclusion, Eveline has taught herself to read lips and allows the outside world to view her as daft. But when an arranged marriage into a rival clan makes Graeme Montgomery her husband, Eveline accepts her duty—unprepared for the delights to come. Graeme is a rugged warrior with a voice so deep and powerful that his new bride can hear it, and hands and kisses so tender and skilled that he stirs her deepest passions.

Graeme is intrigued by the mysterious Eveline, whose silent lips are ripe with temptation and whose bright, intelligent eyes can see into his soul. As intimacy deepens, he learns her secret. But when clan rivalries and dark deeds threaten the wife he has only begun to cherish, the Scottish warrior will move heaven and earth to save the woman who has awakened his heart to the beautiful song of a rare and magical love.

Never Seduce a Scot is the first book in the Montgomerys & Armstrongs series by New York Times best-selling author Maya Banks. Eveline Armstrong and Graeme Montgomery are forced into marriage by King Alexander II of Scotland in an attempt to end the decades-long blood feud between their two families.

Never Seduce a Scot came as a bit of a surprise to me. The title and cover scream "bodice-ripper", but in reality, it sits solidly in the historical romance genre. I was expecting to skim through quite a few sex scenes, but there were only two, and they were important to the progression of the novel and the character development of Graeme and Eveline. (Yes, there is some steaminess, but it's not the focal point of the novel.) It was very well done and well written.

Never Seduce a Scot is the first novel that I've read by Maya Banks and, again, was nothing like I expected. The writing was gripping, and the characters were easy to connect with. I found myself not only attached to Eveline (who I adored) and Graeme, but also the pool of secondary characters. This sets up nicely for a series because I know that I'll enjoy getting to know each of the characters (though I may not want to imagine them sparking). I will say right now though that Rorie is awesome, and she should remain single. I will be displeased if her happiness depends upon lurve and a man. Back to Eveline - she is probably my favorite heroine that I've read this year. She had an accident three years before the start of the novel that left her deaf, but she pretends to be "daft" in order to escape marriage to the cruel Ian McHugh. Even though she spends years deceiving her family, she felt bad about it and always wanted to come clean. She also works really hard for the acceptance of the Montgomery clan, even though she was faced with meanness, hatred, and disdain at every turn. Graeme Montgomery is written to be a very intelligent man, and it was a bit surprising. He figured out quite a few things in the story that I figured would have me yelling at the characters about for most of the book. They were a good match, and I found myself pulling for them in a way that I have not done in ages.

The one drawback of Never Seduce a Scot is the dialect. I found the over use of "tis", "lass", and other Scottish slang to be very jarring at first. As the novel went on, I paid less attention to it, but there were occasions that the book got the stink eye from me.

All in all, Never Seduce a Scot was a very good book and not one to judge by the cover. There are some very fabulous characters, and it is a novel not to be missed. I look forward to reading and reviewing Highlander Most Wanted later this month. 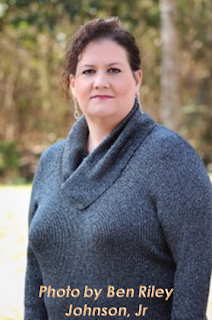 Maya Banks is the New York Times bestselling author of Highlander Most Wanted, Never Seduce a Scot, In Bed with a Highlander, Seduction of a Highland Lass, Never Love a Highlander, The Darkest Hour, No Place to Run, Hidden Away, Sweet Possession, Sweet Temptation, Colter’s Woman, and Colter’s Lady. She lives in Texas with her husband, three children, and an assortment of pets.

For more information on Maya and her work, please visit her website, mayabanks.com.

The publisher was kind enough to provide an additional copy of Never Seduce a Scot for me to give away to one of my readers. Being as I will be shipping the novel out myself, I will be choosing a winner with an address in the US & Canada ONLY. As always, there is a free entry for you, but I've also offered up some additional ways for you to throw your name in the hat.

a Rafflecopter giveaway
To satisfy FTC guidelines, I am disclosing that I received a copy of the book from the publisher in preparation of a TLC Book Tour for the second novel in the series in exchange for an honest review. It has in no way affected the outcome. All opinions expressed are rambling, honest, and completely my own.