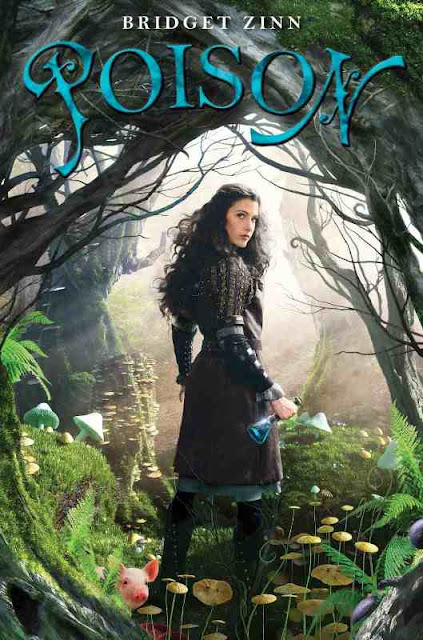 Sixteen-year-old Kyra, a highly-skilled potions master, is the only one who knows her kingdom is on the verge of destruction—which means she’s the only one who can save it. Faced with no other choice, Kyra decides to do what she does best: poison the kingdom’s future ruler, who also happens to be her former best friend.

But, for the first time ever, her poisoned dart… misses.

Now a fugitive instead of a hero, Kyra is caught in a game of hide-and-seek with the king’s army and her potioner ex-boyfriend, Hal. At least she’s not alone. She’s armed with her vital potions, a too-cute pig, and Fred, the charming adventurer she can’t stop thinking about. Kyra is determined to get herself a second chance (at murder), but will she be able to find and defeat the princess before Hal and the army find her?

Kyra is not your typical murderer, and she’s certainly no damsel-in-distress—she’s the lovable and quick-witted hero of this romantic novel that has all the right ingredients to make teen girls swoon.

You know that feeling you get sometimes when you start a book, that it will be impossible to put down? My friends, Poison was just that. The world-building was rich, the characters were lovable, and the writing was perfect for readers of all ages.

Kyra was one of the Master Trio of Potioners, and a highly respected citizen of the Kingdom of Mohr. Princess Ariana, the heir to the throne, is her best friend and the reason that she is on the run. Apparently it is frowned upon to try to murder a princess, even if she's your best friend. The story begins three months after the attempted assasination with Kyra starving and desperate. She is willing to do whatever it takes to kill Ariana because she thinks that she will save the kingdom by doing so. She's also one of those characters that wants to protect everyone she loves, and while doing that, closes everyone out. Yes, Kyra is a person guilty of the whole "I'm doing it to keep you safe" silliness. She also believes in doing what she thinks is the right thing, even at a personal cost. Kyra does end up growing a lot in Poison.

As much as I loved Kyra (which is a lot), there was still enough of my heart to spread around to other characters. Fred was a good-natured, handsome young man that Kyra met on the run. From him she learned how important it was to be responsible to the people who care about her and to not close herself off from them. Rosie was a Katzenheim pig (which is a punchline for a joke in Mohr), who came to Kyra from Arlo, the King of Criminals. Rosie was the key to finding the hidden away Princess Ariana and - let's just face it - adorable. I almost want a pet pig myself now. (Almost.) As for Princess Ariana, she is not a typical princess, and I probably would be friends with her myself. She won me over wtih the underwear that she made "Kitty" (her nickname for Kyra) for her birthday. Ariana knows that "Kitty" takes herself too seriously and can't resist tweaking her nose a little from time to time. Trust me when I say the book is worth reading for how that plays out alone. It's still awesome on other levels, but that... *snickers*

The world-building in Poison is sound, but fairly typical of humorous fantasy adventures. There is almost always going to be the serious character who gets zinged by his/her funnier companions. Blunders, trouble, and other silliness will happen, and it will be a lot of fun. (It did in Poison, and it was.) Where the book surprised me though was with some of the twists. I did not see what I thought of as the main one coming (you can email if you want to know which one I'm talking about) because it never occurred to me to be expecting one. This is a trick that most authors' use only results in me being pissed at their shenanigans, but Zinn was successful in pleasing me and making my jaw drop a little. (It is a rare thing to surprise me in a book.) There was no sleight of hand or trickery - just really good writing.

The pacing of Poison is fast. The book grabbed me and did not let go until I finished. Or vice versa. I kept wanting more and more out of the story and had loads of questions - why did Kyra try to kill Ariana? who was Kyra engaged to? Why was that pig so damn cute? With each answer, I wanted to know even more. I could not step away from this novel until I was done. I'm already considering a reread because I made my journey with Kyra much too quickly.

Poison is a fantastic YA debut that I think will be around for many years to come. The book is a great crossover for middle grade, as well as adult readers. It is a funny, smart, and fast-paced novel that I plan on putting into everyone's hands. I recommend that you go find yourself a copy of this book immediately. If you'd rather try your luck, I'll have an international giveaway for a copy of Poison up tomorrow!

To satisfy FTC guidelines, I am disclosing that I received a copy of the book from the publisher in exchange for an honest review. It has in no way affected the outcome. All opinions expressed are rambling, honest, and completely my own.