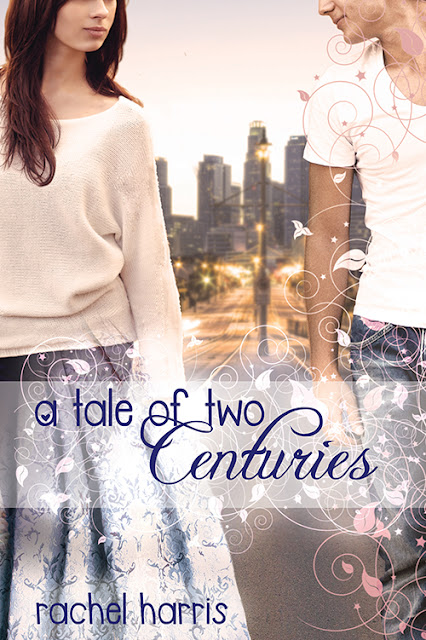 Alessandra D’Angeli is in need of an adventure. Tired of her sixteenth-century life in Italy and homesick for her time-traveling cousin, Cat, who visited her for a magical week and dazzled her with tales of the future, Alessandra is lost. Until the stars hear her plea.

One mystical spell later, Alessandra appears on Cat’s Beverly Hills doorstep five hundred years in the future. Surrounded by confusing gadgets, scary transportation, and scandalous clothing, Less is hesitant to live the life of a twenty-first century teen…until she meets the infuriating—and infuriatingly handsome—surfer Austin Michaels. Austin challenges everything she believes in…and introduces her to a world filled with possibility.

With the clock ticking, Less knows she must live every moment of her modern life while she still can. But how will she return to the drab life of her past when the future is what holds everything she’s come to love?

“That’s some sexy accent you have there.” Austin says in a hushed voice—but not that hushed. A few people around us snicker at my evident discomfort, which of course only serves to spur Austin on more. “Italian, right? Mmm. Say something else—how do you say blush in Italian?”

When I ignore him, he says, “You sure do have that rosy glow going on. Normally I have to work harder to inspire something like that. Like what you see, Princess?”

“D-don’t call me that,” I stammer, blushing all the more from his brazen question and the swift resurgence of energy in my veins. “And I do not blush.”

Austin looks to the front of the room and I follow his gaze. The teacher has her back turned, drawing what appears to be a map of sorts on the white board. My eyes flick to the large clock mounted on the wall. Class is nearly over, and I have managed to follow exactly nothing of the lecture.

Alas, my experience thus far as a modern day student has not been exemplary.

Though I do not wish Austin to know the effect he has on me, I cannot keep my eyes from snapping back. And when I do, I find him practically in my seat. His long torso is stretched across the aisle, and his face is ever so close to mine. Warm breath fans across my cheeks and I catch the scent of mint.

Austin says, “It’s too bad that wasn’t a blush. I thought it was kinda hot.”

A shocked puff of air and saucer-like eyes are my only response—having learned from Cat’s list of words the double meaning of the word hot—and the left side of Austin’s mouth lifts in a smile of victory. He settles back in his own seat and reinserts his ear buds. The pen tapping begins again, only this time louder and with more force.

I raise my chin and stare straight ahead, vowing to keep my eyes from straying to the ill-mannered jerk beside me for the rest of class. I count the seconds in time with his taps.

I do believe I hate Austin Michaels. 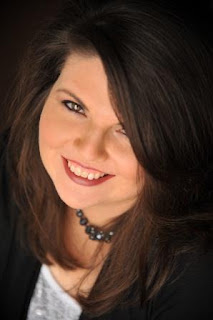 As a teen, Rachel Harris threw raging parties that shook her parents’ walls and created embarrassing fodder for future YA novels. As an adult, she reads and writes obsessively, rehashes said embarrassing fodder, and dreams up characters who become her own grown up version of imaginary friends.

When she's not typing furiously or flipping pages in an enthralling romance, you can find her homeschooling her two beautiful princesses, hanging out with her amazing husband, or taking a hot bubble bath…next to a pile of chocolate. A Tale of Two Centuries is her second novel.