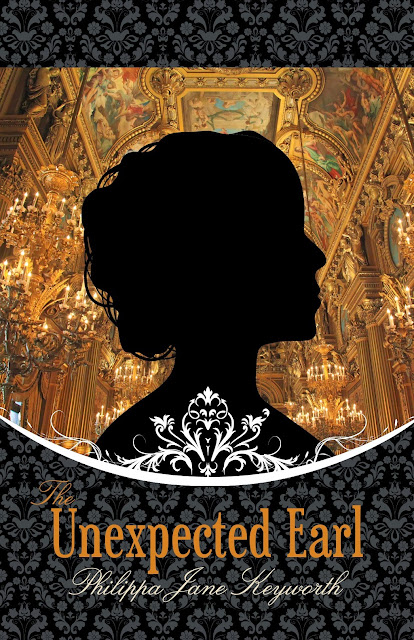 Six years after being jilted without a word of explanation, Julia Rotherham finds Lucius Wolversley standing before her once again--unexpected, unannounced, unwelcome. With her heart still hurting and, more importantly, her pride, Julia must chaperone her younger sister, fend off fortune hunters, orchestrate a fake engagement, and halt an elopement--all whilst keeping the man who jilted her at arm's length. But what Julia doesn't know is that this time, the Earl has no intention of disappearing, and this time, he has more than an explanation to offer....

The Unexpected Earl felt a little bit like a Pride and Prejudice retelling. Julia and Wolversley were struck with both pride and prejudice. There was even a stubborn younger sister determined to ruin herself. It also felt that way because it was a really clean historical romance. There was possibly one kiss in the entire book, and definitely no steamy sex scenes. This worked for me, though, as I generally skip over sex scenes in books anyway.

Julia was the best part of the book. She was no shrinking miss. Well, she was except for that one little stunt she pulled in the park. I didn't really see the reason that she was in love with Wolversley, as he had no personality for most of the book. I never understood how he could have induced a 6-year broken heart. I liked her best friend, Mr. Highsmith, a lot better. He was a good man that really cared for Julia, but she couldn't see past her love for Wolversley.

The writing switched between adjective heavy descriptions or stilted dialogue. The writing was actually better during the dialogue, but it was never easy. Also, there is little plot to speak of during the first half of the book. It is mostly just Julia and Wolversley sniping at each other. The plot picks up in the last half of the book, though, yet, it was never entirely engaging.

The Unexpected Earl would probably be best for someone looking for a period-appropriate, clean historical romance. It wasn't bad by any means, but it was just easy to put down. 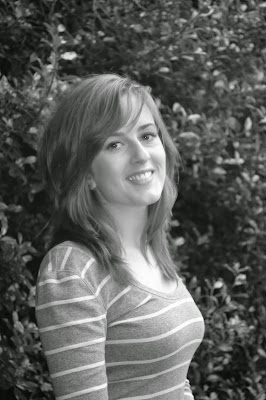 Philippa Jane Keyworth, known to her friends as Pip, has been writing since she was twelve in every notebook she could find. Originally trained as a horse-riding instructor, Philippa went on to become a copywriter before beginning a degree in History. A born again Christian, Philippa lives in the south of England with her handsome husband.

Philippa has always written stories and believes that, since it is one of her loves and passions, she always will. In her early writing career, she dabbled in a variety of genres, but it was the encouragement of a friend to watch a film adaptation of Jane Austen's Pride and Prejudice that began her love affair with the British Regency. Since then, she has watched every Regency film and TV series she could get her hands on and become well acquainted with Georgette Heyer's novels which gave her the inspiration to write her own.

Both as a reader and a writer, Philippa believes it is important to escape into a world you yourself would want to live in. This is why she writes stories that will draw you into the characters' joys and heartaches in a world apart from our own. Her debut novel, The Widow's Redeemer (Madison Street Publishing, 2012), is a traditional Regency romance bringing to life the romance between a young widow with an indomitable spirit and a wealthy viscount with an unsavory reputation. The novel has been received well by readers and reviewers who have praised the heartfelt story and admirable characters. Her second novel, The Unexpected Earl (Madison Street Publishing, 2014), explores another romance in the Regency era when an impetuous young woman has her life turned upside down by the reappearance of the earl who jilted her six years ago.

So, what are you waiting for? Get swept away into another time with characters you will learn to love, and experience the British Regency like never before.


Saturday, September 20
Spotlight & Giveaway at Passages to the Past

Monday, September 22
Review at Austenprose
Review at To Read or Not to Read
Review at WTF Are You Reading?

Thursday, September 25
Review at "Good Friends, Good Books and a Sleepy Conscience: This is the Ideal Life."

Friday, September 26
Review & Interview at Back Porchervations
Spotlight at Princess of Eboli

Monday, September 29
Review at Mel's Shelves
Review at Based on a True Story
Review at Queen of All She Reads

Tuesday, September 30
Review at A Library of My Own

To satisfy FTC guidelines, I am disclosing that I received an advance copy of the book from Historical Fiction Virtual Book Tours in exchange for an honest review.