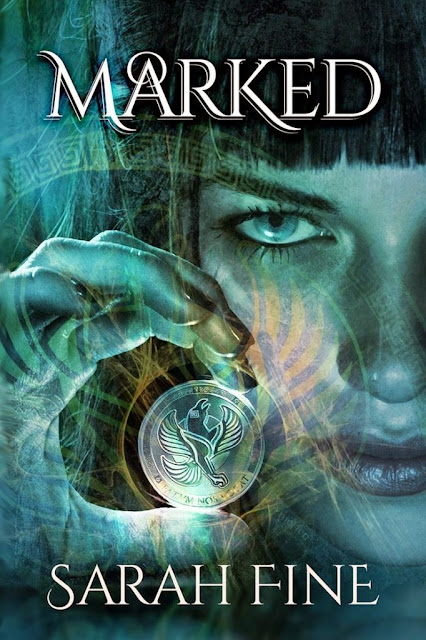 In a broken landscape carved by environmental collapse, Boston paramedic Cacia Ferry risks life and limb on the front lines of a fragile and dangerous city. What most don’t know—including her sexy new partner, Eli Margolis—is that while Cacy works to save lives, she has another job ferrying the dead to the Afterlife. Once humans are “Marked” by Fate, the powerful Ferrys are called to escort the vulnerable souls to either eternal bliss or unending fire and pain.

Unaware of Cacy’s other life, Eli finds himself as mesmerized by his fierce and beautiful partner as he is mistrustful of the influential Ferry clan led by the Charon—who happens to be Cacy’s father. Cacy, in turn, can no longer deny her intense attraction to the mysterious ex-Ranger with a haunted past. But just as their relationship heats up, an apparent hit takes the Charon before his time. Shaken to the core, Cacy pursues the rogue element who has seized the reins of fate, only to discover that Eli has a devastating secret of his own. Not knowing whom to trust, what will Cacy have to sacrifice to protect Eli—and to make sure humanity’s future is secure?

Sarah Fine has been on my radar for a long time, but something always captures my attention before I quite get to her books. I know her most recent Of Metal and Wishes is getting a lot of positive reviews. Also, Kayla really liked her joint book with Walter Jury, Scan. (You can read her review HERE.) Sanctum is going to be my book borrowed from the Kindle Lending Library this month, and it's looking like Marked will also be available to borrow when it releases.