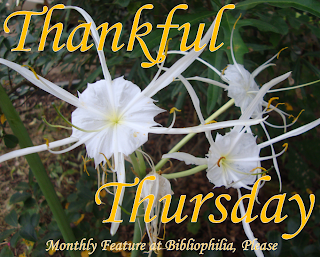 Thankful Thursday is a feature on the last Thursday of every month here at Bibliophilia, Please. It allows me to share not only the books that I receive, but also the bloggers, authors, lolcats, aliens, and other entities on the interwebz that made my month amazing.

Hi, guys! It's actually me blogging! *twirls* I apologize for things being a bit slow around here, but you guys are consistently awesome in still hanging about. Last month I had to deal with doctor visit after doctor visit, and this month was crazy because of a very hard out-of-town funeral, dating (don't be too shocked - I'm not THAT old!), and a sick baby. I won't even get started on the crap my email account has been giving me. By the way, if I was supposed to respond to an email you sent me - let me know. I may have sent it and then had it eaten by Interwebz Gremlins. 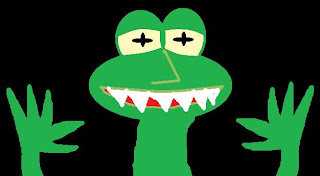 *shudders* Anywho, on with the thankfulness! 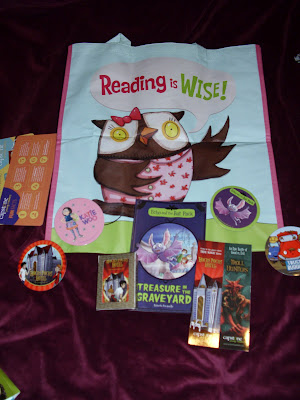 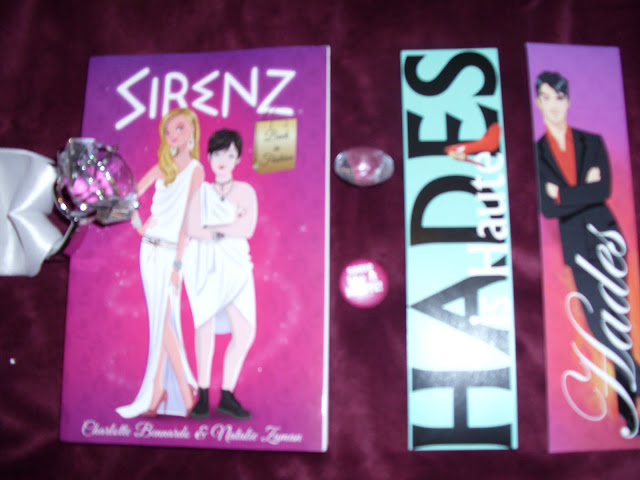 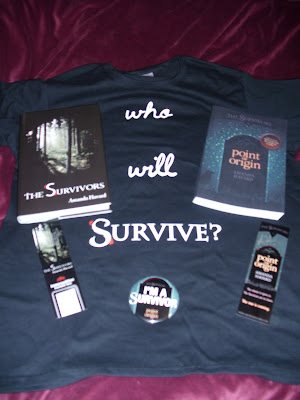 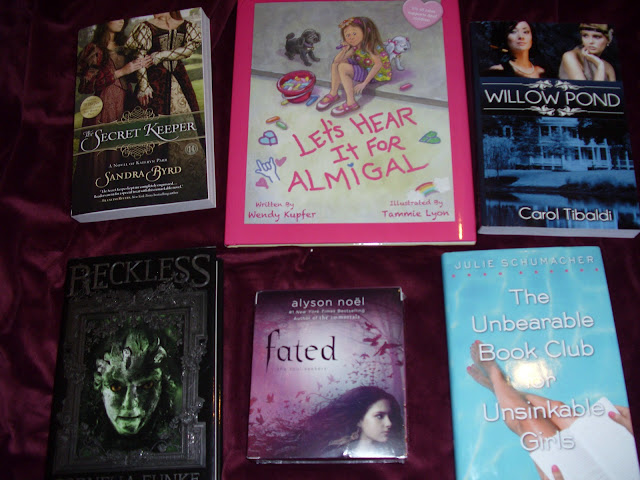 Thank you to Jenny Q at Let Them Read Books
The Secret Keeper: A Novel of Kateryn Parr by Sandra Byrd

Thank you to Deb at Pump Up Your Book!
Willow Pond by Carol Tibaldi (For Review)

Thank you to Heidi at Geo Librarian
Reckless by Cornelia Funke

Thank you to Andye at Reading Teen
Fated by Alyson Noël 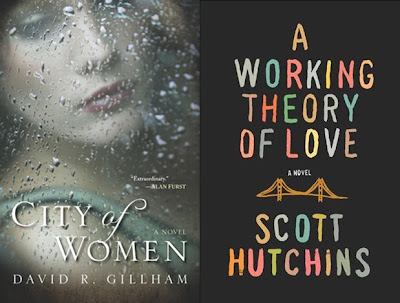 Thank you to Penguin First Flights
City of Women by David R. Gillham
A Working Theory of Love by Scott Hutchins 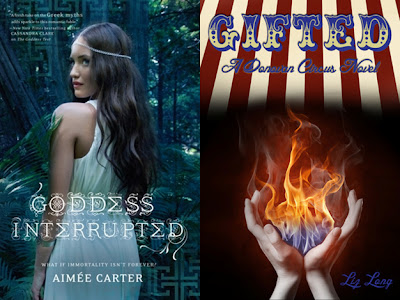 Thank you to NA Alley
Gifted: A Donovan Circus Novel by Liz Long

I was lucky enough to have been able to advocate for Percy Jackson in the YA Sisterhood's YA Crush Tourney. Being chosen was mind-blowing in itself, but it is staggering that Percy was able to get 1400 votes against Patch from Hush, Hush.

Tayte at Reading in Paradise for being such a wonderful teammate and pushing so hard for Percy on her Twitter and blog.

And other members of Team Percy:


Also thank you to Jen from Jenuine Cupcakes for being such a fantastic opponent and superstar advocate for #TeamPatch.

Finally, thank you so much to Ashley from Wholly Books! for being such an amazing co-advocate! I would have been completely lost without her help, seriously. I was out of town for the funeral when I should have been preparing his defense, and she helped so very, very much. Let’s go on before I really gush. *gushes on silently*

He has been my saving grace while I've been so slow about doing All The Things. He's been doing a great job at reviewing (he's been getting lots of requests, too!), and I hope you have enjoyed his "Uncle Will's Rant" posts as much as I have. If he has not responded to any of your tweets or comments here on the blog, you should definitely cut him some slack - his lovely girlfriend is visiting him this month, and they're gearing up for some lifestyle changes. Will will (ha!) be back around soon enough.

Thank you for reading so far down this post. Thank you for not jumping ship when my posts began to lag. Thank you for entering the giveaways. Thank you for being you. Keep up the good work, and enjoy the rest of your summer (or winter, depending on your place in the world).